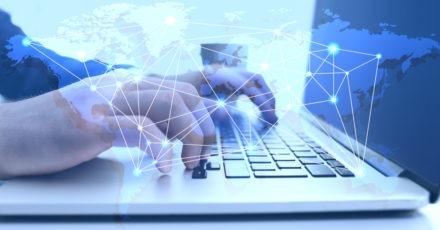 Network management is becoming more complex as it adjusts to increased traffic and demands from cloud technology. The ability of software-defined wide area networking (SD-WAN) to offer centralized visibility and control on a virtualized plane, as well as the option to route traffic to new pathways when there are performance issues or congestion, make it possible for SD-WAN to solve many network challenges.

SD-WAN has the capability to be application aware, allowing network managers to designate certain applications to be prioritized over others. For instance, a video conference for the sales team can be designated as a priority over email transmissions, which do not require real-time connectivity.

While application awareness does improve the enterprise’s ability to optimize network pathways, a further step could be taken to optimize performance. Identity awareness is set up so that routing is based on the source and destination identity, and it abstracts the policies governing the network away from the physical network. In order to initiate identity awareness, the following steps are necessary:

Creating an identity repository can add complexity to deploying SD-WAN, but enterprises may be able to use an existing Active Directory to minimize the time and resources needed to develop identity awareness.

While in place as a security tool for years, the introduction of identity awareness to routing is quite different. It significantly changes how SD-WAN routes and prioritizes traffic, determines last-mile services and calculates what would be the optimum path for any given data transmission.

Prioritization of network traffic: Preferred access to the last mile can be granted to a high-priority voice call over low-priority calls, and a user-based identity awareness strategy automatically routes the call. In addition, in a setting where more than one person shares a computer, such as between employees entering orders at a restaurant, the network can differentiate between a floor manager and a server.

User awareness regardless of device or location: Identity awareness means that the CEO’s video conference call gets prioritized whether they’re managing the call from the desktop in their office, or they’re out of town and conducting the call on a tablet.

Better consumption information: By utilizing identity awareness, enterprises have a more detailed analysis of how network resources are being consumed. They can more easily determine if users are accessing the network inside the office versus on a mobile device, and whether they are using the cloud, the WAN or the internet.

To learn more about how identity awareness will transform networking, contact usat Truth Comm. We help you leverage the best network solutions to minimize downtime and optimize performance.