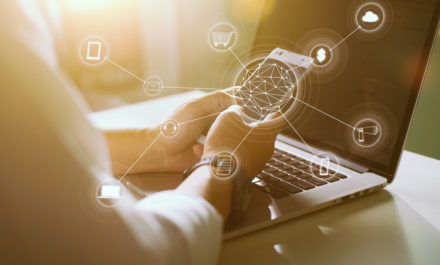 Multi-protocol label switching (MPLS) has long been the reliability gold standard for network pathways, but as cloud technology and increased mobility drive up the pace of data flow into and out of the network, MPLS becomes more known for its cost than reliability. While it’s rare for an enterprise to completely replace MPLS, software-defined wide area networking (SD-WAN) offers alternatives for optimizing network usage.

MPLS is still a valuable pathway for mission-critical transmissions, such as security video, video conferencing or voice calls. The challenge for many enterprises is handling the sheer volume of data transmissions that are medium-critical or non-critical, such as employees accessing social media on break or items that are important but don’t require real-time access, like sending an email.

SD-WAN offers the opportunity to optimize both network performance and cost with flexibility in the network. The technology allows administrators to set business policy so that traffic is prioritized to different pathways based on the policies stated. This means that scrolling through memes on Facebook never takes priority over a training video. SD-WAN allows the enterprise to balance the load so that users always experience a consistent network connection.

In addition, if your enterprise is on a growth trajectory and expects to open new branches regularly, SD-WAN answers a lot of challenges. Its centralized management design gives network administrators the ability to provision network settings for a new branch from headquarters, as well as troubleshoot when a problem arises. The high level of visibility available in the virtual overlay for the network saves travel time and costs. In addition, compared to a traditional MPLS pathway, network administrators can have a new branch connected in a fraction of the time.

Scalability is also a defining advantage for SD-WAN over traditional hub-and-spoke network configurations. It’s easy to scale up or down according to seasonality or other changes for the enterprise. For instance, if you have a retail company that operates kiosks in downtown areas during the holidays or inside shopping malls, you can pay for more users during that time period and then seamlessly scale back after the holidays.

Enterprises fighting the nearly-constant barrage of security threats will also appreciate the ability to segment network traffic with SD-WAN. If you have deployed a fleet of Internet of Things (IoT) devices, you may be particularly concerned about the additional endpoints that increase the vulnerability of the network. With SD-WAN, it’s possible to segment out all device traffic, so that if one is ever lost or stolen, the potential damage can be isolated and limited from exposing the rest of the network.

If you would like to learn more about the many benefits of SD-WAN for a business organization like yours, contact us at Truth Comm. Not every implementation looks the same, so let us describe for you how SD-WAN will function in your specific business situation and what benefits you’ll see both immediately and long-term.