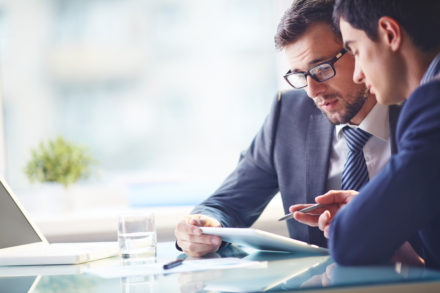 As much as we like to think we’re in control of every situation, the number of cyberattacks occurring daily proves otherwise. Gaining more control over how your organization employs technology can help you protect your data. However, the IT manager is in a position where important decisions have to be made about new technology updates, and not everything is going to be solved with a cloud-based solution.

Unpatched and Insecure Software
Flexera, a software management and security company, reports that when software programs aren’t patched correctly, they become security compromises. Their study shows that nearly 10 percent of users in the United States had unpatched Windows operating systems in Q1 2017. Of non-Microsoft programs, 12.6 percent were unpatched in Q1 2017.

Some IT managers attest to having a tough time keeping up with patches. However, there is also an issue in that software developers are more focused on upping the ante on features while also delivering their code on time, which can create a multitude of problems for IT managers tasked with implementing software that is already flawed and vulnerable to attack.

How Much Cloud Is Good for My Company?
Many business-critical systems are in the cloud today, yet committing fully to the cloud is not always the best choice. It was once thought that all IT operations would be cloud-based eventually, but a hybrid model is now the predicted path for many IT managers and their companies.

The main holdback is related to security, but there are also complexity and cost issues that become roadblocks. The fact is, just because you’ve moved a critical service to the cloud doesn’t mean it’s 100 percent scalable and reliable. A safer, more efficient path is to utilize micro services associated with the cloud rather than a one-size-fits-all solution.

What Network Security Measures Are Right for My Organization?
The ideal scenario is to have a system that is easy to use, easy to manage, and practically impenetrable. What’s more likely is that you’re going to have a system that is complex yet leaves a good amount of sensitive data unprotected. Some IT managers have taken an unorthodox yet effective approach by starting with the belief that they’ve already been compromised.

When you start from a point of vulnerability, you begin to think about how you’re going to protect everything, securing all the company data instead of focusing solely on protecting devices and the network.

At Truth Comm, we know the average IT manager can be overwhelmed by all the telecom options. We’re here to help sort through the confusion and gain more insights about the technology you need. Contact us to get started.